Gracie Allegiance Jiu Jitsu Academy, Pennsylvania offers the best training in Brazilian Jiu-Jitsu. At our Academy, we focus on the team; Meaning you, the student. Not everyone has the same reasons for training in the Martial Arts. Some enjoy the exercise, others want to learn self-defense, and some may wish to pursue a career in MMA or competition. The philosophy of this Team is to teach functional Brazilian Jiu-Jitsu that you will keep with you for the rest of your life. You will not get watered down technique, or be taught how to win a tournament without knowing how to defend yourself on the street. We will teach you to be comfortable anywhere, with or without strikes, on the feet, on the ground, off your back, how to control the situation, and how to have fun while learning it! People have diverse needs; that is why we have assembled equally diverse resources for the students at our school.

We are led by Rebecca and Jeramy Blair who are under Black Belt Professor Clark Gracie, who is the grandson of Carlos Gracie, the founder of this Martial Art. Clark is the only Gracie family member living in San Diego who is teaching and still competing regularly, and winning! Carlos Gracie is the older brother and teacher of Helio Gracie. Between the two of them, they developed the most efficient fighting system ever created, Brazilian (Gracie) Jiu Jitsu. They were able to defeat all different challengers, big and small of all other martial arts. Clark’s father, Carley Gracie, is known as the “Lion of the Gracie family” and earned his black belt from his father, Carlos Gracie. Carley Gracie is the last of the Gracie fighters to be personally trained and coached by Carlos Gracie.  Carley Gracie is now a 9th Degree Red Belt. Carlos taught the art of style, skill, thought, and technique. His style and success was not developed through brute strength and aggressive power but rather, formulated from an almost scientific process of maneuvering, patience, flexibility, diet, strength of mind, strength of will, and self control. 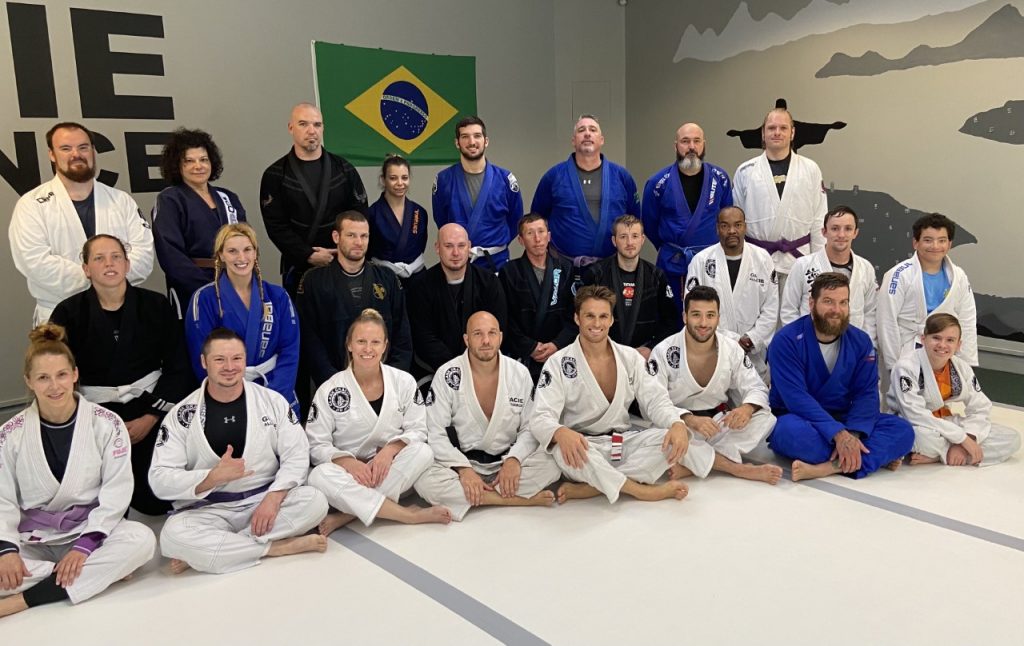